This course is intended to give you a grounding in several traditions which help you weave Brighid’s protection into your life throughout the year and not just specifically for Imbolc. It covers the traditions of the Brat Brat, Brighid’s Cross, the practice of smooring the fire, casting a protective prayer called the Caim. It explores the poetry of the charm, the clootie tradition as well as a specific type of Brighid’s augury. There are creative ideas and prompts to recreate or adopt a tradition yet giving you a grounding in the original source and use of the tradition. This course will both deepen your relationship with Brighid as well introducing you to new and creative ways of bringing the ritual of protection into your life. With lots of creative ideas, collaging project and link to a Brighid documentary. 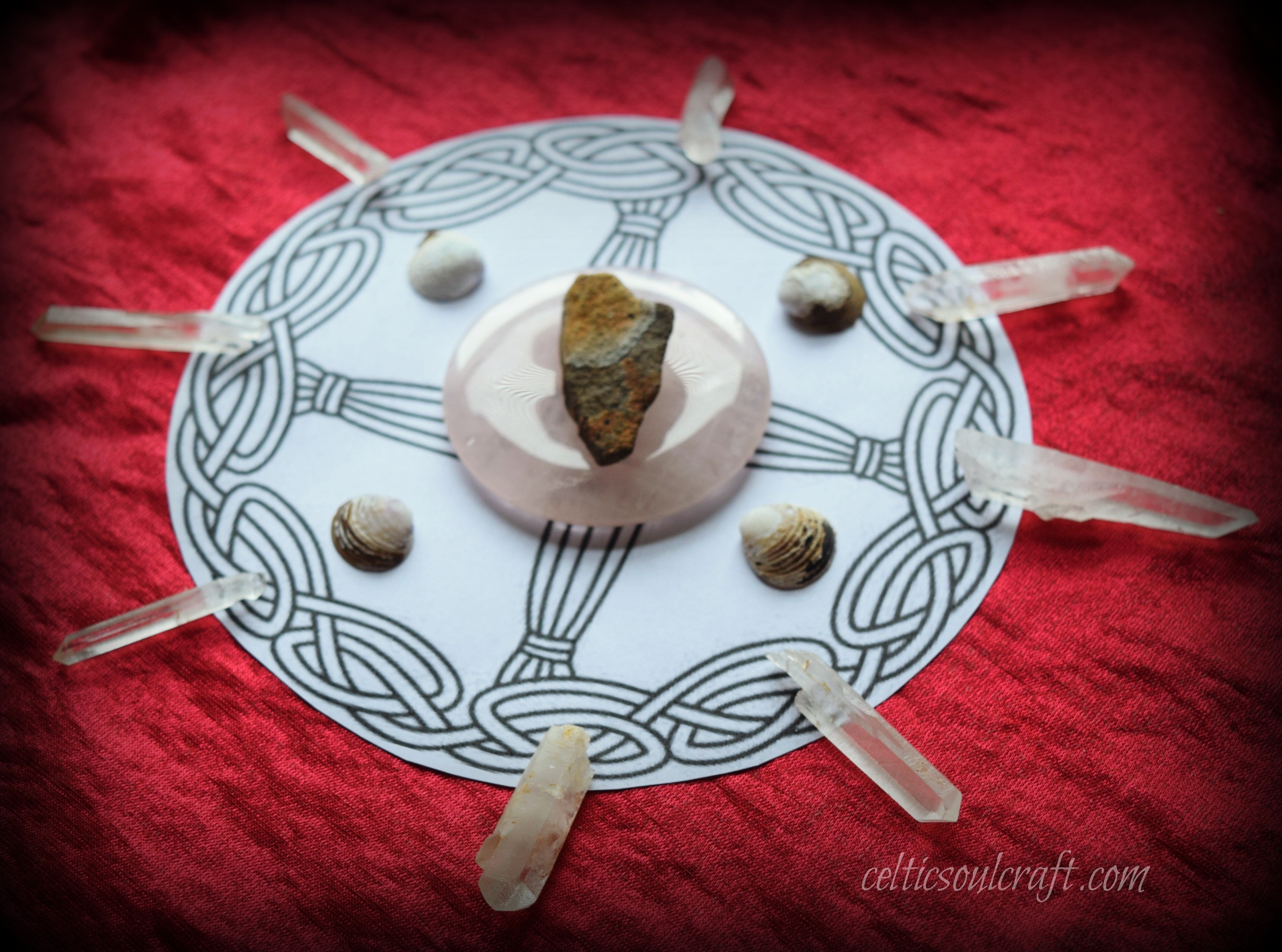 The Brat tradition involves laying out of cloth for Brighid to bless as she returns to the world. We’ll  explore the history of Brighid’s Cross, acknowledging that it is a symbol which didn’t originate in Ireland. There are instructions on how to make a Brighid’s cross as well as options of materials to use and how to incorporate it into your Imbolc traditions. 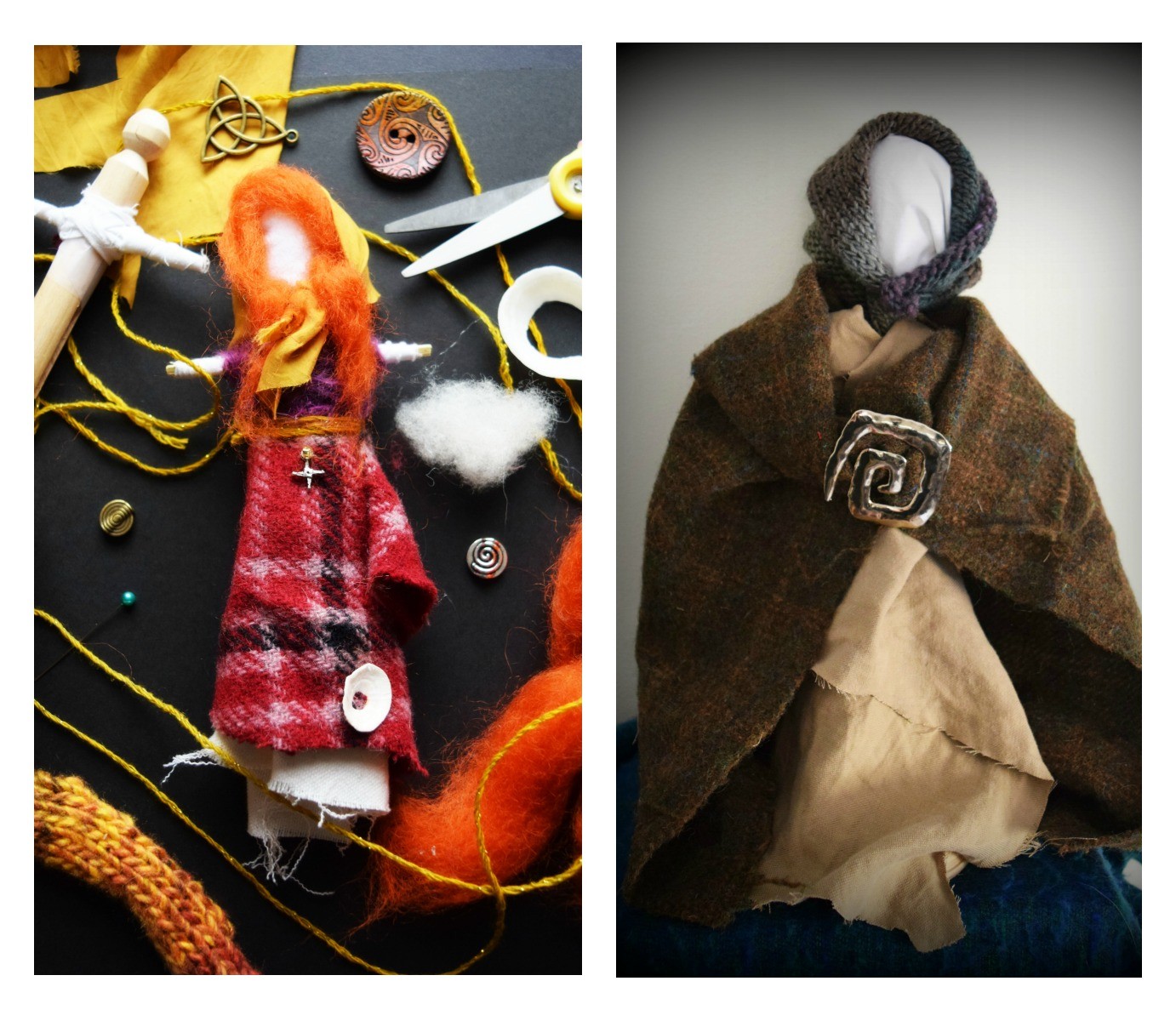 We’ll cover the original tradition and there are two step-by-step guides to making your own doll. One requires basic sewing skills while the other doesn’t require any sewing.

Smooring the fire was a nightly routine of keeping some coals going overnight ready for the morning kindling. You’ll find suggestions on writing your own smooring and ways to fit it into your evening routine.

The Caim is an encompassing and protective prayer you cast out, like a fishing net, and wrap around you. We’ll explore some traditional caim prayers and explore ways in which to create your own.

If you’ve traveled through rural Ireland (and parts of Scotland0 you might have seen colorful strips of fabric tied to bushes and trees around a spring. We will explore what clooties are and how they are used as well as looking into Brighid as Goddess of the sacred water. There are creative ideas on how to incorporate this tradition into your garden, Imbolc ceremony or group gathering.

Charms are a weaving of words which aim to create a balance where things are out of balance. We’ll explore their poetry and magic, how they were used and consider writing your own charm to bring balance to where it is needed.

While augury is a foretelling or the future or divination we will explore a unique type of augury said to have been created by Brighid herself.

This guided meditation takes you to the West Coast of Scotland on Imbolc eve where the women prepare for Brighid’s return. The music after the track allows you a stillness and an opportunity to sink into the magic of Imbolc.

There is also a section of resources of Brighid books and articles as well as a link to a wonderful documentary on Brighid. 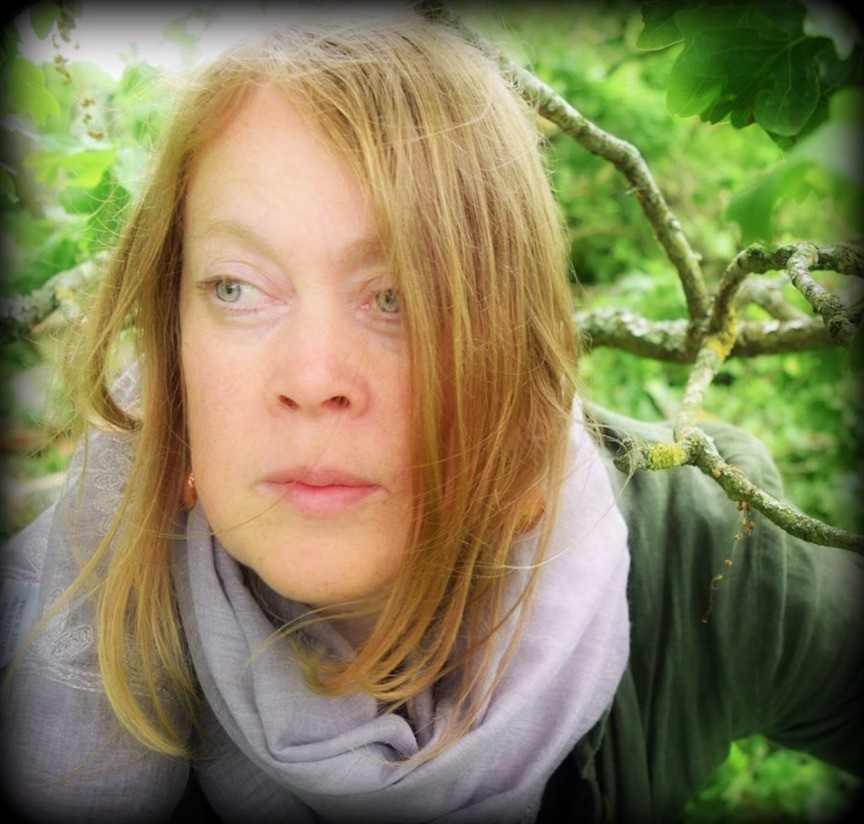 Jude Lally is an artist, writer. She gained her master’s degree (MSc) in Human Ecology at the University of Strathclyde, Glasgow, Scotland with her thesis “Fire in the Head, Heart and Hand: A Study of the Goddess Brigit as Goddess Archetype and her Relevance to Cultural Activists in Contemporary Scotland.”

She is a radical doll maker taking the craft back to its roots of ritual and magic to the foremothers who created the Women of Willendorf.

Check out our Etsy store